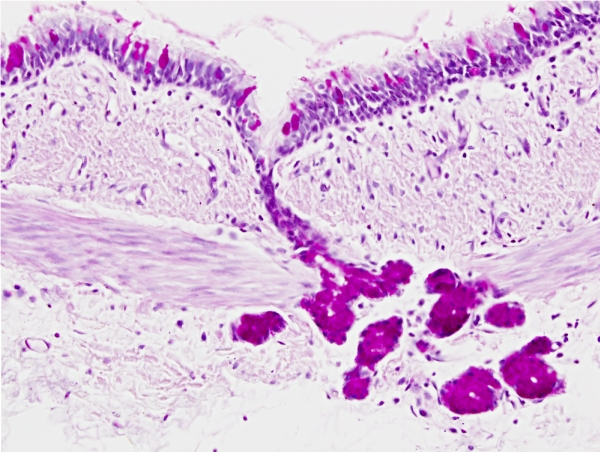 This image is from respiratory ducts.
Cursor over de the pig to see where the image comes from.